Shirley Allred Tabiona, Utah, went from the corporate world living off the grid about five years ago literally. She bought a home in the woods and lived like a hermit while she healed her physical body from a car wreck and proved to herself that she was self-sufficient again. She had been co-dependent and wanted to break the cycle for her future generations. Shirley has studied the metaphysical field extensively and found God while walking the perimeters of her property. Shirley has found self-love that she willingly shares with others in her work. She uses the land to live. I call her — our pioneer woman. She embodies the mind of an old spirit, the body, and drive of a worker bee, and the spirit of the Goddess.

After her brothers’ suicide, she delved into learning and completed courses in Hypnosis, NLP (Neuro-Linguistic Programming), Theta and many other modalities in order to make sense of her life along with a yearning to learn about the mind and how our beliefs create our world here on the earth plane.

She always believed in Angels and felt them around her as she also knew she was protected. She did not believe in God due to past experiences while attending church. She did venture out and explored many different religions and simply didn’t connect with God until her spiritual awakening. The years prior to her spiritual awakening she attempted to read the bible and simply could not get past the first page of the bible. She now reads the bible daily and see’s the value.

One night as she laid in bed looking for a home to purchase she was prompted to look into the recreational property and this is where she was inspired to purchase her cabin. It was synchronicity she responded to an ad that had been placed 5 minutes prior. From the moment she set foot on the land she felt at home for the first time in her life. Each day she gives thanks to Mother Earth for sharing this amazing land. The land has a vortex that has assisted in her healing along with her connection with God.

Shirley invites you to visit her website Shirley Allred where she has a blog, accepts donations along with events, and much more. Contact her at pealsofthesoul.shirley@gmail.com or 435-503-8174 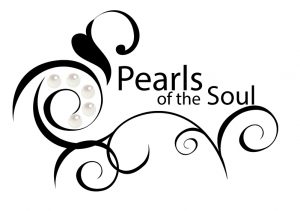